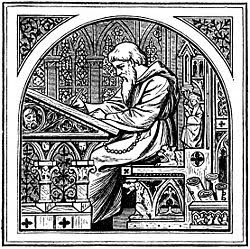 I recall a workshop where the instructor impressed upon his students that each word committed to paper should pull its own weight. And that every unnecessary word needs culling from the plot.

Writers have to engage their readers, not simply enlighten and entertain them. Creating word images that readers can relate to is preferable to forcing them to fill in the blanks. A Hummer H2 conveys a much stronger image than having your protagonist ride to the rescue in a Volkswagen.

Strong verbs are necessary to give one’s plot a dynamic, energetic tone: words such as massacre instead of kill, horde instead of bunch, or terrorize instead of bully. And as we’ve all been told, stay away from the verb to be in all its forms because it’s the weakest of words.

Adverbs that end in –ly also weaken prose. On the other hand, strong specific verbs give writing vitality. I’m reminded of my interview with A.B. Guthrie, Jr. who said, “The adjective is the enemy of the noun and the adverb is the enemy of damn near everything else. Writers use too many descriptive words." As for adjectives, author Lois J. Peterson once said, “One well-chosen adjective can be more effective than two or more, which used together might weaken the idea or image.”

Do we really need adverbs? Not unless it's impossible to come up with strong verbs, such as substituting rumbled for drove noisily. Cull the adverbs in your second draft and replace them with muscular verbs. As for adjectives, the rundown house can be rewritten as a hovel.

Word choices affect the plot’s pace. If every symphony movement maintained the same pace, the audience would either be exhausted or asleep before the finale. So writers need to think of themselves as conductors, controlling the pace with word choices, syntax and variety. Long sentences and paragraphs slow the pace and seem introspective while short, choppy sentences are much more dramatic and conducive of action scenes. So, in order to keep your reader reading, alternate your sentences and paragraphs in a variety of lengths.

Sentence rhythm is also important. Make sure to read your work aloud before committing it to a final draft. Some word choices bring a sentence to an abrupt halt and should be rewritten or replaced, along with all unnecessary words. The musical analogy is a good one because sentence flow is so important.

In other words, make every word count and the best choice possible.

Artwork: Wikipedia
Posted by Jean Henry Mead at 12:01 AM

Great article and very informative. Thanks for a good read and.

Thank you all for your kind comments.

Thank you for your interesting and informative blog. I have enjoyed reading it and appreciate the work you have put into it. Here is some relevant information for you to review .
Kids Tactical Vests