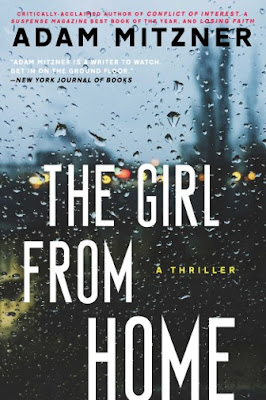 What Is Jonathon Caine Thinking?

In one fell swoop, Jonathon Caine is fired from his hedge fund, has his assets frozen and faces probable criminal indictment for securities fraud. Then, piling on, his trophy wife leaves him and throws him out of his penthouse apartment. With nowhere else to turn, Jonathon is forced to move to his hospitalized father’s house, where he attempts to sort out his life and analyze the mistakes he’s made.

To clear his head, Jonathon decides to attend his twenty-fifth high school reunion. There, much to his surprise, Jonathon makes a connection with the prom queen he’d always found untouchable. She’s married to their high school quarterback, an abusive, drunken brute.

Despite the black cloud of ruin hanging over Jonathon’s head, it’s his burgeoning relationship with Jackie Williams that puts his very life at risk. 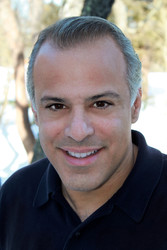 Adam Mitzner is a master of suspense. Page after page, Jonathon’s ruination grows, tension building with each new development. As a reader, I was mesmerized, lost in a string of possibilities none of which a solution to Jonathon’s plight. As a lawyer, I was shocked I never saw the end twist coming. Frankly, if you enjoyed GONE GIRL, you will love THE GIRL FROM HOME. For the first time in years, I read this book in one sitting. Just could not put it down.

THE GIRL FROM HOME sounds very exciting. It's always great to discover an author that I'm not familiar with. I write cozies, but read everything.

An intriguing sounding book, Ben, and one I'd be interested in reading. When's your next book coming out?