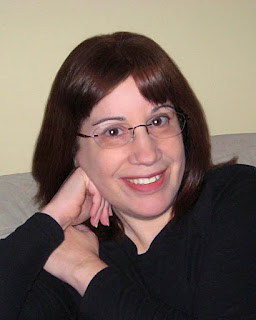 I belong to quite a few author loops. Every day authors on these loops beseech their fellow members to “like,” “follow,” “retweet,” “pin,” “vote for,” or “Thunderclap” for one of their books. I don’t believe this really helps authors sell books. An announcement about a new release is fine, but to me, most other social media postings about our books are like preaching to the choir.

For example, the people who follow you on Facebook are mostly your family and friends or readers who are already fans of your writing. They’re going to buy your books anyway (unless they’re the sort of family and friends who expect you to give them free copies whenever you have a new release.) You don’t have to hard sell these people. As for sites like Twitter, I’m convinced most people only follow you because they want you to follow them. If you don’t, they quickly un-follow you. These people rarely read your pithy 140 character posts any more than you read theirs. Social media, whether it’s Facebook, Twitter, or Instagram, is often nothing more than a competition to see who can claim the most followers—followers who for the most part won’t buy your books. Social media might work for Taylor Swift, who has more followers than anyone, but it doesn’t do much for the average midlist or indie author.

So how do authors find new readers? Independent publicists? Forget it. Most are snake oil salesmen who cost a fortune and guarantee nothing. Giveaways? Another waste of money. Thousands of people troll the Internet daily for contests to enter. They’re only interested is that Amazon gift card you’re waving as a carrot. They won’t buy your book whether they win or not. If they have to sign up for your newsletter to enter, they’ll unsubscribe the moment someone else wins.

What I’ve found to be extremely successful is teaming up with other authors to produce boxed sets, anthologies, and cookbooks. These group efforts are not about making money. Most of the books sell for 99 cents. Divide that between the ten or twelve authors participating, and each author makes pennies per sale. The goal is to broaden our audience. When this happens, and it does, the end result is an increase in sales of our other books. 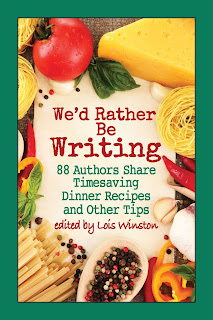 Last year I had an idea for a cookbook featuring my fellow authors. The result was Bake, Love, Write: 105 Authors Share Dessert Recipes and Advice on Love and Writing. My hope was that people who bought the book for the yummy recipes would be introduced to authors new to them, thus gaining new readers for my fellow authors and me. I donated a portion of the profits from the sale of the book to my local food bank. When the book became an Amazon bestseller, many of the participating authors suggested a follow-up cookbook. After giving it some thought, I came up with:

Have you ever wished you could find more time to do the things you want to do, rather than just doing the things you have to do? Most authors juggle day jobs and family responsibilities along with their writing. Because they need to find time to write, they look for ways to save time in other aspects of their lives.

Cooking often takes up a huge chunk of time. The cookbook contains easy, nutritious main course recipes. All of the recipes require a minimum of prep time, freeing you up to spend your time elsewhere.

The authors who contributed to this book are a rather creative and resourceful bunch when it comes to carving out time from their busy lives. So in addition to timesaving recipes, the cookbook features timesaving and organizational tips for other aspects of your life, including a section on writing tips.

A bio with website links is included for each of the authors who contributed to the cookbook. Anyone buying the cookbook for the quick and easy recipes will have a chance to learn about these authors. Hopefully, they’ll click on the links and maybe buy some books.

The ebook version of the cookbook is only 99 cents. There’s also a print version available, and once again, I’m donating a percentage of the profit to charity, this time to No Kid Hungry.


A second promotional project I’ve been involved in recently is Happy Homicides, a collection of thirteen cozy mystery holiday stories by thirteen authors, all bundled into one ebook. When the holidays get you too frazzled, relax with a bit of murder and assorted mayhem. Along the way you just might discover a new favorite author or two—or thirteen.

Happy Homicides is also being offered for the incredibly low price of only 99 cents and includes a bonus downloadable file crammed with recipes, craft tips, projects, and more.

I’ve found these group promotional efforts have resulted in far more sales of my books than I’ve ever seen from social media, independent publicists, or tchotchkes. Now of course, if I could get Taylor Swift to tout my books on her Twitter and Instagram accounts, I might think differently about book promo on social media. Hey Taylor, if you’re reading this, check out my website at www.loiswinston.com.

Bio:
USA Today bestselling and award-winning author Lois Winston writes mystery, romance, romantic suspense, chick lit, women’s fiction, children’s chapter books, and nonfiction under her own name and her Emma Carlyle pen name. Kirkus Reviews dubbed her critically acclaimed Anastasia Pollack Crafting Mystery series, “North Jersey’s more mature answer to Stephanie Plum.” In addition, Lois is an award-winning craft and needlework designer who often draws much of her source material for both her characters and plots from her experiences in the crafts industry. Visit Lois/Emma at www.loiswinston.com and Anastasia at the Killer Crafts & Crafty Killers blog, www.anastasiapollack.blogspot.com. Follow everyone on Tsu at www.tsu.co/loiswinston, on Pinterest at www.pinterest.com/anasleuth, and onTwitter at https://twitter.com/Anasleuth. Sign up for her newsletter at https://www.MyAuthorBiz.com/ENewsletter.php?acct=LW2467152513

I so agree, Lois, I think the best way to promote is to collaborate with other authors. Plus, we have so much fun together. It's much easy to promote when it's enjoyable, which, let's face it, Tweeting 'buy my book' simply isn't.

The recipe book was a wonderful treat and I'm so glad to have been a part of it.

With writers being the creative people they are, I don't think you can find better cookbooks! I also agree with you that collaborations are one of the best ways to get acquainted with new authors. The camraderie is an added bonus as our vocation can be isolated most of the time (or else we couldn't write).

Thanks for your generosity, Lois, in sharing tips and in thinking of ways to share especially during this season. Happy holidays!

Working on Happy Homicides was a delight because of the professionalism of all involved. I think you're onto something, Lois!

Thank you, Nancy, Melissa, Nancy Jill, Camille, and Neil. It was a pleasure working with all of you, and the added bonus of making new friends and discovering new authors to read is priceless.

Thanks to everyone for responding, and a special thanks to Lois for sharing these wonderful tips on promotion! I told author friends about this article long before it was published, and they were all thrilled with the ideas.

And congratulations to all of you authors who collaborated on these great books.

Okay you can add another one to the total. I just ordered the paperback from Amazon. I'm a sucker for cookbooks and collect author and restaurant ones especially.

I have the 2nd Ave Deli and Junior's as part of my collection also.

Thanks for inviting me, Jackie!

Nora, nothing beats Junior's cheesecakes! Thanks for ordering the cookbook. I hope you enjoy it.

I agree with your take on author promo, Lois.

I'm delighted to be in We'd Rather Be Writing as well as two other anthologies this season: Entice Me by some RB4U authors and Exquisite Christmas by some Exquisite Quills authors.

I subscribe to the thought that the whole is greater than the sum of its parts, and so I think there's a bit of magic in the collaboration of authors who love to share their works--and recipes!

I agree with what you've said about social media and I'm delighted to be apart of the cook book, thank you so much.

Thanks, Gemma and Judy! I was thrilled both of you wanted to take part.

Hi Lois, I was delighted to be part of We'd Rather Be Writing. Thanks for organizing.

I gave a colleague, who loves to bake, the dessert book as a "thank you" gift. And, now this holiday season, we're all sampling the yummy recipes.

Thanks for taking part, Joanne!

Angela, my favorite is the chocolate raspberry Chambered cake.

Nice post, Lois. I'm going to give the link to my publisher who is always looking for new ways to promote.
Richard Brawer
www.richardbrawer.com

I've always admired your creativity, Lois. I find the writing community to be generous with their advice and every anthology or boxed set I've collaborated on has reinforced this. Plus the books are always a great deal for readers, cooks, or anyone looking for a great gift!

Thanks, Richard, Jean, and Cindy!

Lois,
There's something magic in collaborating with other writers. I learn something new with each interview/project. I'm thrilled to be a part of "We'd Rather Be Writing" cookbook. Thanks for all the hard work involved in editing and producing.

Thanks, Mariposa! I'm glad you were able to participate.