Stick to your theme 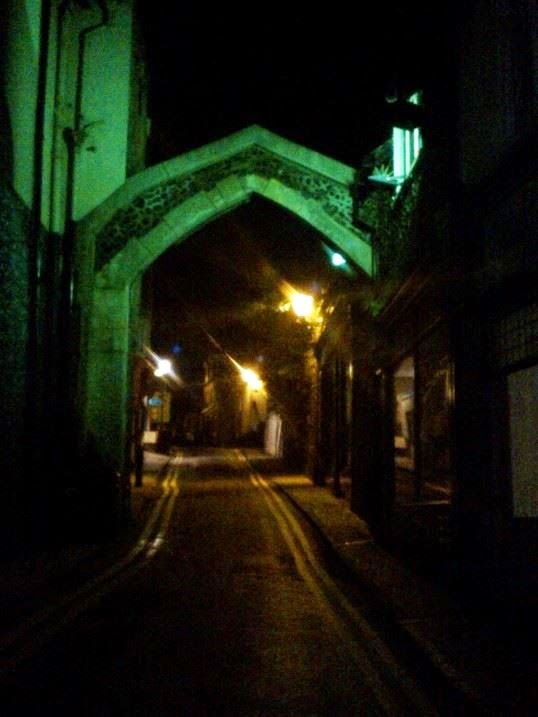 Not long ago, I wrote and recorded yet another story for Richard Wood’s excellent Word Count Podcast. One of the things I like about it is that Richard sets a theme and, since I tend to be reactive in most things, I like the challenge of responding to something I might never have thought of. Anyone can send in a story, poem, song (although it’s mostly stories) and if it’s good enough it’ll be included. The intention is to support the short story form as well as authors by giving them another way to attract new readers.

The reason I mention it now, though, is because of the process I went through with this story. I’ve always been drawn to the idea of writing a ghost story. Part of Richard’s prompt is a photo taken by Matthew Munson (that’s it above), and it struck me immediately that it had a sort of scary setting. The trouble is I’m not really a fan of ghost stories, nor am I a believer in the supernatural, so the idea of having some apparition wander down the dark street, however atmospheric the lighting, dressed in Elizabethan gear and vaguely wailing, didn’t attract me.

So the first half (maybe more) of what I wrote has nothing remotely ghostly about it. It’s only when the narrator walks under the arch that the supernatural (if that’s what it is), creeps in. But I only decided on the nature of that supernatural (so to speak), as I was reading a piece about the film Gravity in which Alfonso Cuarón, the director, said ‘Before the story, you start with the theme’. Their theme was ‘adversity’ so they started thinking about survival scenarios and there was no mention of a space setting.

So, going from his sublime (it’s a great film), to my ridiculous… I’d already written the first half, I knew the narrator had to go through the arch and I knew the sort of experience I had in mind for him when he did. But I wasn’t sure how to make the ‘reality’ of it acceptable – not necessarily to the reader, but to me. I had no idea what to write. So I tried applying Cuarón’s technique, decided what the story’s theme (or perhaps main image), would be and gradually teased out how it might work. I then rewrote the first half and that made the second half much easier. I think it works, although, of course, listeners might well – and probably will – disagree, but I think the important point to make is that, whatever genre you’re using, stick with a consistent theme so that, however far from ‘reality’ it may be, its internal coherence is consistent.

It just showed me yet again that, however much we’ve written before, we’re still always learning how to write.

Good advice, Bill. I've only written one ghost plot, a children's book, Ghost of Crimson Dawn, and it was difficult for me to wrap the entire book around a paranormal theme.

Yes, it's the paranormal that/s the problem, Jean. I want to write a horror story and most of them seem to rely on supernatural elements. I want the horror to be purely psychological. I like challenges. Thanks for commenting.