Whenever I’m asked questions about my writing, I always seem to find out something new for myself. Here are my answers to some questions I was asked by a blogger friend. 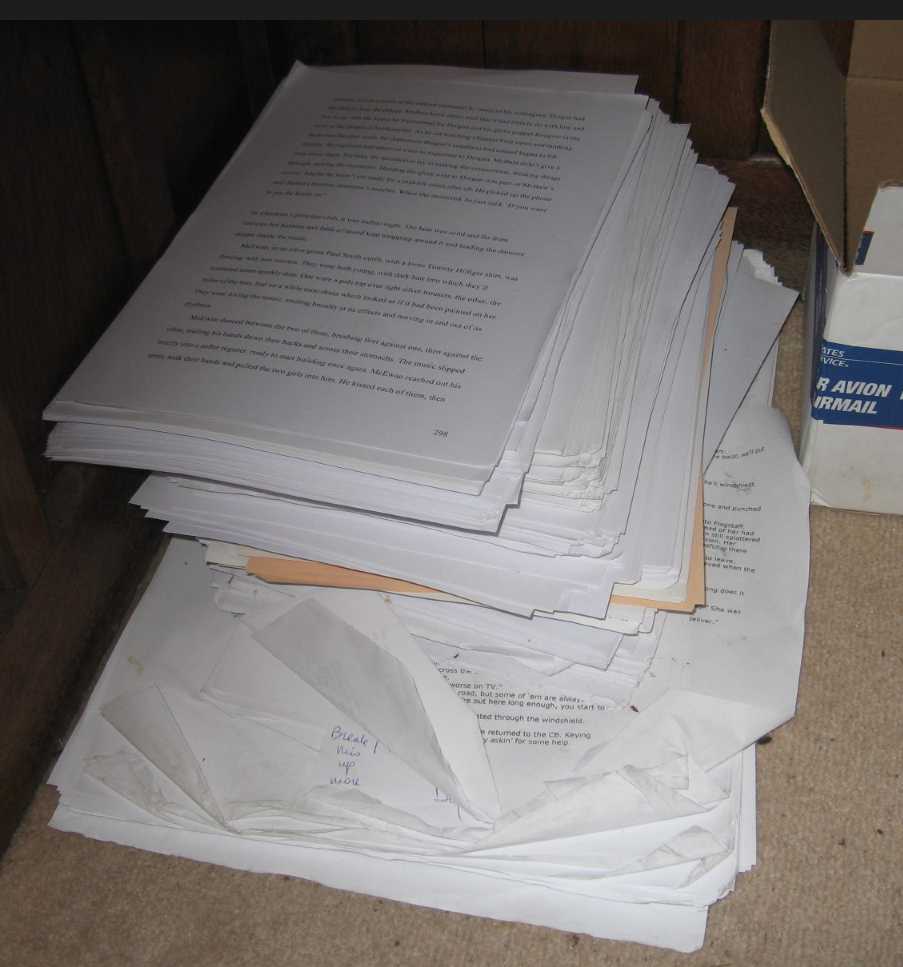 What am I working on?
This is embarrassing because I’ve been working on it for such a long time. It’s the sequel to my novel The Figurehead. That was set in in 1841 and featured John Grant, a figurehead carver, and Helen Anderson, the daughter of a shipowner. It was a crime novel (because that’s what I’m supposed to write) but the chemistry between John and Helen turned it into a romance, too. The romance aspect was left unresolved and I knew I wanted to spend more time with those two characters. There was also the pleasure of stepping back once again into 19th century and its ways.

I have no idea why it’s taken me so long to get into the sequel. I knew I wanted it to feature a theatre company performing melodramas and that it would see Helen becoming involved in her father’s business. I also knew there’d have to be a crime (see above brackets) but, since John and Helen had ended the previous book with what I described as ‘a lover’s kiss’, I had to work out what they’d been doing in the year that had passed since then. This, remember, was early Victorian Scotland so their options were limited.

How does my work differ from others of its genre?
The bulk of my output has been contemporary crime, which is a very crowded field. It comes under the police procedural tag and I started writing it because a publisher liked a stand-alone thriller I’d written but would have preferred a police procedural, so I wrote one. There are now five in the series, all featuring DCI Jack Carston who’s happily married and doesn’t have any particular hang-ups. drink problems or other character-defining flaws, so I suppose that’s one difference. More than that, though, he believes in justice rather than the law and is aware of the gaps between them. His (and my) interest is in people and their motives rather than the deeds they perpetrate so, while the books are whodunits, they’re also whydunnits.

I try to get as much humour as possible into the stories but that’s not unusual. But there’s one thing which I think is: I have a tendency to add a coda to each book which suggests that, although the crime has been solved and the loose ends have been tied up, there’s still something going on which shows that evil persists. I like to leave the reader with the satisfaction of a good story where justice has been done but a little niggle to undermine their idea that ‘all’s right with the world’.

Finally, very few of the deaths are caused by murderers.

Why do I write what I do?
Crime offers a ready-made structure. To tell any story about crime you need characters, motives, notions of good and evil and by seeing how different characters respond to temptations, frustrations, provocations and the rest, we come to understand better our own attitudes. In the end, I write because I enjoy it so much.

How does my writing process work?
If you’ve read my answer to the first question, you’ll probably be thinking ‘well, it obviously doesn’t’, but I’m always writing something. Ideas come from everywhere – newspaper items, scenes you see in the street, some dialogue you overhear, a photograph, anything and everything – and they’re either compelling in themselves or two or more of them fuse to set up something which needs to be resolved. Then, once I’ve let the implications stew for a bit, I start writing about them, characters appear and, basically, take over. Thereafter, I sit and watch and listen to them and write it all down. When I’m really into a novel, I want to be writing it all the time and I sometimes lose track of time entirely. Writing is almost always a pleasure.

I always look forward to your posts, eagerly. Each article informs and entertains. I can hardly wait to read THE FIGUREHEAD.

I also enjoy your posts, Bill. I consider THE DARKNESS your best police procedural, and am impressed with your research for THE FIGUREHEAD. I look forward to reading the sequel.