Left on the Cutting Room Floor

The familiar saying about snips of film left out of the finished movie applies to segments of a book that don't survive the final edit. Overture to Disaster, the third book in my Post Cold War Political Thriller Trilogy, ended up way too long and had to be trimmed down. Even with the revisions, it still wound up the longest novel I've published at 511 pages.

The snip I've included below was part of the background for retired Air Force Col. Warren (Roddy) Rodman, one of the main characters in the book. He was the pilot of a Special Operations helicopter shot down during a mission into Iran to bring out a high-level defector. Though innocent of the charges against him, he was court-martialed and forced out of the career he loved. Here's the cut: 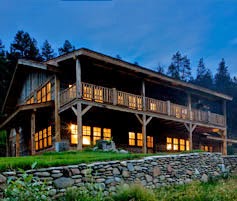 It gave him the same sensation he had felt during the first landing he had ever experienced in a small airplane, the event that had set him on an irreversible course toward a flying career. He was ten years old at the time. The plane was a four-place Cessna, and it made him feel that he could reach out and roll up the clouds like cotton candy, or, closer to the ground, snip off the spindly tops of the trees.

His father worked as an electrical engineer for a public power system in Texas. A company that made transformers had invited the senior Rodman on a hunting trip into northern Idaho. He had decided to take young Warren along. The remote Rocky Mountain lodge was nestled deep in a wilderness area that could only be reached by running the rapids on a rushing river, packing your way in by horseback, hiking or flying in a light plane capable of short takeoffs. Air, of course, was the preferred method for flatlanders.

The narrow dirt landing spot beside the meandering river looked like a dusty brown bandage strip from high above. A rugged, rock-faced 8,000-foot peak rose across the river. A range of hills not much lower flanked the makeshift runway. The spiraling descent fascinated him. He had lived and breathed flying ever since, pestering his father to take lessons at sixteen. Two years later, he organized a lobbying effort with the local congressman to assure getting an appointment to the Air Force Academy.

I hated  to leave out this segment as it concerned an actual experience. Back in the eighties, during my career as an association executive, I won a prize from one of the exhibitors at the American Society of Association Executives' convention. It involved transportation and a week for two at Harrah's Middle Fork Lodge, located on the Middle Fork of the Salmon River in the heart of Idaho’s Frank Church River of No Return Wilderness Area.

After the spiraling descent onto the riverside strip, we boarded a large rubber raft and floated through a section of rapids to the lodge. It was quite an experience. We were literally in the middle of nowhere. In another part of the book, I used the lodge andrip its isolation to keep Rodman's copilot out of touch until just before the court-martial.

The trip into the River of No Return Wilderness Area was one I'll never forget. It was one of man y personal experiences I've used in my books.

For a great review of Overture to Disaster, check my Mystery Mania blog.
Posted by Chester Campbell at 1:00 AM