You have been a grate riter… 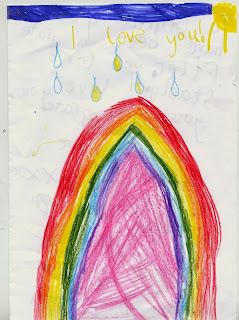 So began the message on a card my granddaughter had made to welcome me on a visit. She didn’t then go on to analyse my work or offer any criticism, constructive or otherwise, so I couldn’t really ask her to elucidate her choice of tense, but I found it an interesting one. ‘You have been’ doesn’t have the negative implications of ‘You were’. ‘You were’ means you’re no longer whatever it is, as in ‘You were a grate riter but now you’re rubbish’. But ‘have been’ still does give you the feeling that it needs to be qualified in some way. You expect it to be followed by ‘but’, as in ‘You have been a grate riter but you need to put some work in to reach those heights again’.

Playing with tenses is great (or grate). There’s a very active sequence in Flaubert’s Salammbô where leaders of the mercenary armies get together and one of them leaps on a table and rushes up and down exhorting the others and brandishing his sword. But the interesting thing is that Flaubert didn’t use the obvious tense which, for actions, would be the Past Historic: ‘He jumped on the table, unsheathed his sword and brandished it as he ran amongst them’ (NB this isn’t a translation, just an example of a sequence). Instead, he used the Imperfect tense. A clumsy English version would be: ‘He was jumping on the table, unsheathing his sword and brandishing it as he was running amongst them.

It has a strange effect, doesn’t it? Even if this is a one-off event, instead of describing it as a sequence of actions, he’s fusing them all into a sort of status, he extends them beyond the event they’re describing. Rather than convey self-contained, discrete actions, he’s creating a mood of activity.

There’s another form of the Past tense that intrigues me, too. It’s the Perfect tense – ‘I have eaten’, ‘they have gone’, and so on. What would the effect be if Flaubert had used that? ‘He has jumped on the table, unsheathed his sword and brandished it as he has run amongst them’. Again, a strange usage. It all sounds as if it’s preparation for some other definitive event or action. You can imagine it continuing; ‘… and now he stands there, ready to (whatever)’.

For some bizarre reason, the Perfect seems to be the preferred tense of jockeys, at least it does in the . When jump jockeys are interviewed about a race, they tend to say things such as, ‘He’s come up to the fence and he’s got in a bit close but he’s managed to pick up nicely’. If we were writing that in a narrative, it would be ‘He came up … got in a bit close … and managed …’ It does suit their purpose though because, rather than describe it all as something in the past that’s over and done with, it gives the description the immediacy it had for the person as he was riding the race.

And the moral of the story? If you, too, want to be a grate riter, experiment with tenses.
Posted by Bill Kirton at 12:05 AM