The Need For Speed! 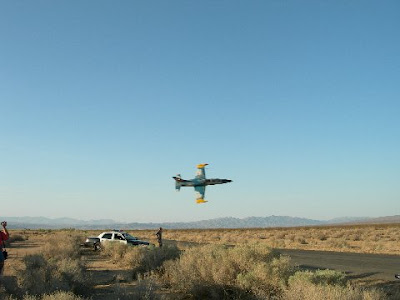 A new television commercial unexpectedly sent me back to my early teen years.  In the commercial, a police officer steps off his motorcycle, slowly approaches the stopped vehicle, and asks the kid in his kiddie car, “Do you know how fast you were going?”  Whatever happened after that is lost because in my mind, I was delivering newspapers again in the East SF Bay Area.  At the end of my route, I sped down very steep hill as fast as my bike would take me, hoping the radar cop that frequently parked at the bottom before a great curve would pull me over for speeding.  I have no idea how fast I was actually going, but my bike was banked way over as it took the curve.  Of course, the cop would never have caught me because I would have disappeared up a different hill and down a side street had he ever given chase.  Then again, a wise cop would have realized from my flapping newspaper pack that I was a paper boy and would be repeating my act at same bat time, same bat place, the very next day.

Two things came from this recollection.  First, for unexplained reasons, I have always felt “the need for speed”, so famously scripted into the movie TOPGUN.  When I was delivering newspapers, I was already flying airplanes.  My paper boy job only allowed one flight per month, but it was worth every cent to get airborne.  Many years later I found myself flying fighter jets a few feet off the deck as fast as they would go and did graduate from TOPGUN.  In all my years since, I have never lost my joy of flying low and fast, but I assure you I don’t do any of that as an airline pilot.

The other thought from this television commercial was how quickly this scene with the cop transported me back in time.  In novels, this is called good writing.  Whether intended or not, a well-written scene or line has the potential to flash readers back to their own experiences.  Although some lines may open old wounds, others may bring smiles or tears of joy.  Either way, if it envelopes the reader then your story has become theirs.  Isn’t that the definition of successful writing?

I've piloted a plane just once, when I used to front a TV programme which allowed me to do self-indulgent things such as driving a racing car, parachuting, hang-gliding, etc. But that's as far as my identification with your posting goes, Mark. Until, that is, the last bit. That alchemy between reader and writer is a magical part of writing books. The thought that a total stranger, on a different continent, is recreating the fiction you've conceived evokes a strange but special intimacy. You'll never meet, but that specific reality is being shared between you.

Absolutely, Mark. I love having a novel grab me into the story and keep me speeding along with it.

Thanks, Bill. I agree we do share special relationships with strangers, and that may be the best part of writing. June, if a novel doesn't grab me, I can only struggle for a little while. I'm surprised at the number of "big name" books I've put down after forcing myself to get halfway through. I choose to publish with a small press so I'm not pressed for deadlines. I do believe it makes for better writing.

Your post took me back to my days as an Aviation Cadet in World War II. I had always wanted to be a pilot, but all the piloting I got to do was a few hours' instruction in a Piper Cub. There was an oversupply of cadets, and they kept shifting us around awaiting training vacancies. I only made it through Preflight before the war ended. But reading about other people's experiences brings back the memories.

Thanks, Chester. We can lose nearly everything and still be okay so long as we have our memories.