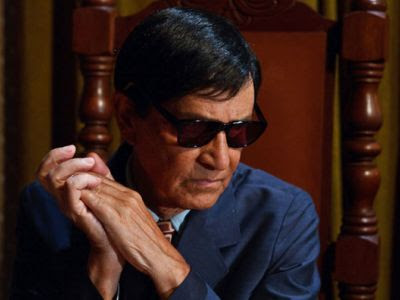 This was Chico Xavier, a Spiritist who claimed to be able to communicate with the dead.
And, around here, that claim is generally accepted.

So much so, that the Brazilian government even issued a stamp in his honor: 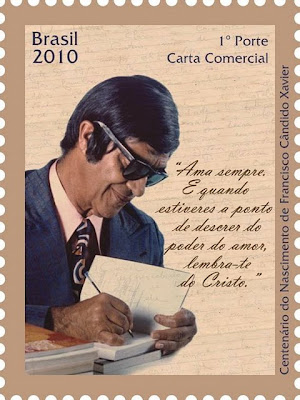 There have been, over the course of the last half-century or so, countless books and magazine and newspaper articles about him, even a feature film.

Check out the sheer volume of stuff on Google and YouTube. It’s impressive.

But I daresay few of you, reading these lines, have ever heard of him.
Because his fame never traveled far beyond the borders of Brazil.

Chico was born, a little over a hundred years ago, in a small town in the State of Minas Gerais. His mother died when he was five, but he alleged that she materialized for him after her death. And, he also alleged, from an early age, to sense the presence of other spirits and to hear their voices.

While still in elementary school, according to a well-documented account, he produced an essay considered to be far too erudite for a child.

One, he contended, had been dictated to him, by a spirit, as he wrote.

This became the first public manifestation of what later became his stock-in-trade: psychography, writing “automatically” without apparent awareness or premeditation.

In his lifetime, with this technique, and with only a limited grade-school education, he produced 413 books, some of them in languages in which he was not fluent.

And always, as he claimed, with his hand guided by spirits.

He died on the day Brazil won the World Cup in 2002, having earlier remarked that he’d like to breathe his last “on a day of national celebration” so his “passing would not bring sorrow”.

And there are those that think he planned it that way.

His work led to the establishment of Kardecist Spiritism as one of the religions professed in Brazil.

Unfamiliar with Allan Kardec? You can learn more about him by following this link:
http://www.samsara-fr.com/kardec-uk.htm

The words that flowed from Chico Xavier’s pen took the form of religious tracts, novels, even works of philosophy. 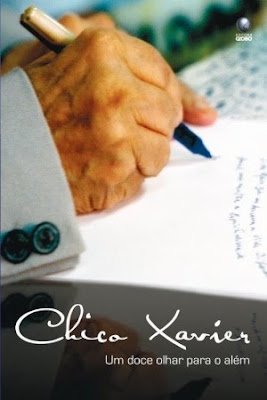 And they were translated into Spanish, French, Japanese, Esperanto and English. 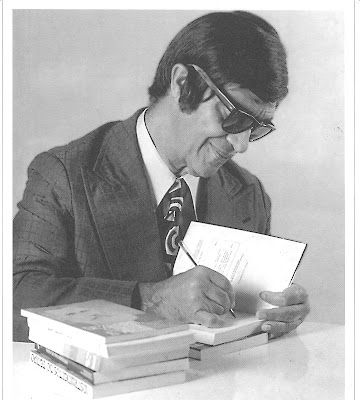 Up to now, an estimated 50 million copies of them have been sold.
And all of the profits, all of them, have been channeled into charity work.

Xavier never kept a centavo for himself. And he never tried to take the credit for any of his work. Each and every one of his books bears the line “dictated by the spirit of–” on the title page. 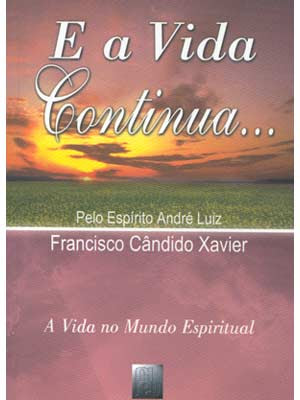 He lived on into his nineties, was made an honorary citizen of many cities and towns all across Brazil and was nominated for a Nobel Peace Prize.

Tens of thousands of people attest that he enabled them to communicate with their deceased loved ones, and that he was able to tell them things he could not possibly have known about both the living and the dead.

He did most of his work in Uberaba, a small town in the State of Minas Gerais

And is buried there. 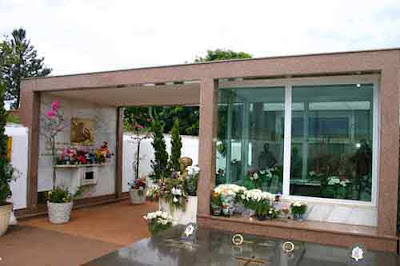 This is his tomb. It’s always full of flowers.

Thank you for this good information and the good photos! I daresay that Chico Xavier will be better known outside of Brasil as time goes by.