The Art of Communication 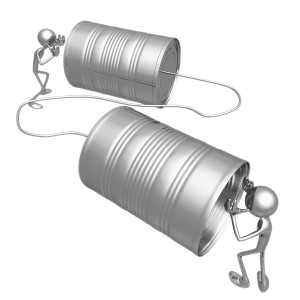 WTF?  KFC?  LOL!  That’s a teen’s description of what they’re having for dinner, sent via Twitter.  To a cyber-friend, it’s all they needed to know in nine characters.  And we wonder why we have generational communication issues.

For those of us who grew up prior to any cell phones (or a lot of other techno-inventions), it’s hard to imagine how the English language has degraded into selected letters and symbols.  Having said that, it’s unlikely we will ever return to long drawn-out verbiage we’ve seen in classic literature.  Simply put, today’s readers don’t make the time or have the patience for it.

As an airline captain, I can tell with great accuracy the age group of my first officers by their communicative skills.  Bear in mind that I am dealing exclusively with college graduates who have spent years perfecting their professional skills as pilots.  Even so, there is a marked difference between those who are a generation or two below me in how they communicate and also react to constructive criticism.

A recent Bones episode centered on brutal honesty.  While watching, I couldn’t help thinking how well agents, editors, and publishing companies fall into the brutally honest category.  “No” is not an abbreviation – it simply means, no.  “No thank you” may be a more polite version, but it doesn’t soften a rejection.  Most authors handle this well because they are thick-skinned, but see what happens when you tell a twenty-year old no.  More likely, you will hear a trail of excuses spilled in brief sentences because they aren’t used to communicating with their voices.

But rather than blame our younger generations, it’s important to understand that we made them this way by creating all of these gadgets, and now that every kid has his or her hands on a techno device, they speak in simple terms because it’s easier to type a few characters than communicate with a live person.  If you are writing about younger people, it is important to understand this because their dialogue will sound completely different from your own.  Rather than type out a sentence using a few characters, it may be better to describe the scene and use minimal dialogue.  When writing, it is always important to understand and appreciate your character’s frame of reference.  After all, that is one thing we cannot change.

So true, Mark. I suppose young people have always communicated in ways their older counterparts didn't understand. We learned to finger spell in junior high school so we could talk without teachers or parents knowing what we were discussing, but what's odd about this current crop is that they text to each other when they're sitting in the same room--and there are no adults around!

Beth, I've watched so many kids text each other when they were sitting across the table from each other I've written them into stories. Pretty amazing. Where I'm at, cell phone reception is sketchy, which leads to some occasional problems. Then again, it's better than the party line I had back in the early 70s. Sadly, as technology grows, our interpersonal communication skills diminish.