Thanksgiving is the perfect time for reminiscing and for remembering family stories. These generational memories are often centered around cooking and good food, and these special tales of family history should be treasured and never forgotten.


Here is a yarn spun for the pleasure of all gathered at a festive Thanksgiving meal celebrating God’s abundance and goodness. Such true stories cry out to be told and retold.


Memories of Papa Peeling Pecans for the Grandkids


“We called our grandfather, Papa,” June Butts, now a great grandmother herself, said. “Back in those days different generations of the family lived in the same house, and it was wonderful to grow up with an older person who had the time to tell stories and to teach us kids about the generations past. I think maybe that’s one reason why families were closer back then.”


The comely woman smiled and the faraway look that came into her blue eyes told me she had transported herself back to South Texas and a simpler life sometime in the 1950’s.


“We had a pecan tree and Papa peeled pecans for the kids. We’d sit in a circle at his feet, listen to his tales, and eat the perfectly shelled and halved nuts as he passed them around.”


“Peeled pecans?” I asked, trying to imagine how such a feat might be possible. “How could he peel pecans?”


It was Thanksgiving Day and I had been invited to join June’s family for a traditional dinner of turkey, dressing and all of the trimmings. We were sitting around the table drinking coffee and savoring that mellow sated satisfaction that fills a group of friends during happy times.


“With his pocket knife,” June said.


“I’m not!” June’s robust laugh was typical of a woman who was Texas born and bred. “He peeled those pecans just the same way you’d peel an orange. He’d slice off the top and the bottom, cut slits around the nuts and then just peel off the hulls. Those pecans came out in perfect halves and he’d hand them to us kids.”


“That must have been one sharp knife,” I said, wondering how he kept from cutting off his fingers.


“That it was,” June said. “And he could peel those nuts really fast. Sometimes he’d peel enough for Mama to make us some pies.” She sighed with remembered pleasure. “Mmm—mmm—mmm, those pies were good! We never had much money, but we had happy times, anyway. God was always good to my family.”


“I’ll bet you learned to cook from your own mother,” I said.


“Sure did. Mama and Daddy had eleven kids, and I was helping stir up dinner as soon as I could hold a spoon and stand on a stool to reach the table.”


It happened that we were drinking Texas Pecan flavored coffee. I took a sip of the hot brew and savored the rich flavor. Pecans, family and holidays equal pure pleasure, I thought. Everyone sitting at the table owned their own cell phones and computers, but some things never change. The memory of “peeled pecans,” outranked any of the electronic pleasures available to the diners.


Only the delicious food that we shared stayed the same.


Beat eggs and sugar until blended. Add Karo syrup and mix well, then add melted butter, salt, vanilla and pecans. Mix well and pour into 9 inch unbaked pie crust. Bake at 400 degrees for 8 minutes. Turn heat down to 325 degrees and bake for 35 minutes. (Center will be set.)


Happy Thanksgiving to All 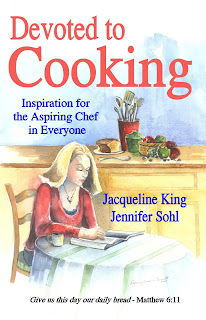 by Jacqueline King and Jennifer Sohl

Jackie, I sure enjoyed your story. I live in south Louisiana and have a large pecan tree. We've been having such a nice time picking pecans. (Of course eating them, too) But just the act of slowing walking around beneath the tree brings back such great memories of doing that at my aunt's plantation house years ago.

Thanks for sharing this information.
website development company in india

Lyrics.com is a huge collection of song punjabi song lyrics , album information and featured video clips for a seemingly endless array of artists.

Thanks for giving that type of information. Really enjoyed this blog post. I would also like to share some useful information.If you are Looking for the satta result Delhi Darbar in delhi,ncr or satta result Gali, satta result Deshawar. Then open the below link for more details.


Arrow Aircraft is one of the reliable private jet india. We offer Aircraft Charter Services in Delhi, Mumbai as well as all over the World.

Wow!!! It was a very informative article. I would like to thank to the author for always providing the users with such informative articles. If you are looking for the most appropriate information on top 10 passenger lift companies in India which you can take help of, for choosing the best one among the array of choices. Go the blog by “right selects”

Make your daily life passionately amazing with Guwahati escort and call girl services.
Romance is not a simple factor that you can bargain with.
Call Girls in Guwahati
Guwahati Call Girls

Top of the line Guwahati escorts administration offer a champion among the most cautious administrations you
can ever consider. You can put a bring transversely over to their inside and out equipped rich lofts orchestrated
in one of kind ranges in the city and welcome all of the treats they bring to the table you.
Follow us:-
Guwahati escort service
Escorts in Guwahati