Mary Coley is an Oklahoma writer. During her professional career, she has worked as a journalist, a park planner, an environmental educator and a public relations officer. A native of Enid, Coley lives in Tulsa, where she is an active volunteer for Oxley Nature Center. She holds membership in state and national writers groups, as well as the Tulsa Chapter of the Women in Communications. 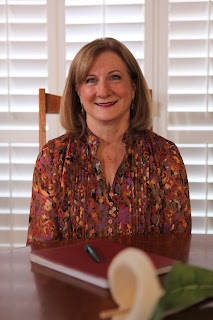 We've all heard that there are no new story lines, they have all been used before. Not good news, especially for mystery writers. A limited number of motives for murder exist and only a limited number of ways to do the deed. So how do you make your mystery new and relevant? Incorporating a topic of current interest into your story is one way to do it.

For my second mystery, Ant Dens, I found a topic I had seen in the headlines and even on a  billboard with a 1-800 number. But I had never read anything about it and had never attached a human face to it. It was only a phrase; I didn't pay much attention.

While researching, I discovered a shocking issue: the kidnapping of children, young women, young men and even adults for use in the sex trade or servitude. Could I incorporate the issue of human trafficking in a mystery I had just finished drafting?

In the second mystery in my Family Secret Series, Ant Dens, the main character's stepdaughter disappears. Jamie wonders if Rebecca ran away or if she had been kidnapped. Wouldn't the tension be increased if it was possible that her stepdaughter had been trafficked and might be existing in a living hell? That would add a whole new twist to the story, and provide a way to make the mystery current but also timeless.

People have been sold into slavery, or trafficked, throughout the history of mankind. This horrific crime is not new, but most of us don't think much about it. That is, unless we personally have a missing loved one.

I began to delve into the emotions those family members feel when a loved one disappears. What horrible fears and imaginings must go through the minds of those left behind! I can imagine my character wanting to shrug it off, to refuse to believe the worst, but what if it becomes almost a certainty that her worst fear has been realized? And worse yet, what if the disappearance was not random, but might be related to her stepdaughter's father, her deceased second husband?

My character, Jamie, does what I hope I would do. She becomes consumed with finding her stepdaughter. It does not matter that she was not particularly close to the young woman. Rebecca is family -- she is all that remains of the husband she loved and misses horribly.

In Ant Dens I chose the setting of New Mexico, a state well aware of tragic disappearances, as the Hispanic population is often victimized in trafficking crimes. And Rebecca is half Hispanic. I added an additional conflict by including Rebecca's mother, Jamie's husband's first wife, in the mystery. Maria comes to stay with Jamie as they investigate the girl's disappearance.

I hope that the resulting newly crafted mystery, Ant Dens:A Suspense Novel provides a new awareness of this horrifying and prevalent crime as well as a chilling ride for the reader! I hope you'll check out my Amazon Author page too, after you visit my book link. 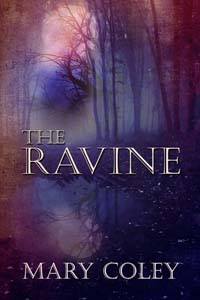 Her books are available at Amazon.com.

There are so many fun and exciting Things to do and experiences around the world that I thought I ‘d put together a list of favorite things to do for all travelers.