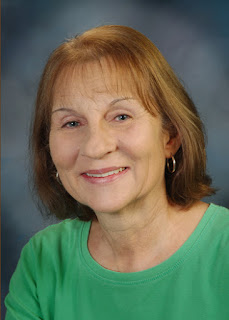 A Guest Blog by Patricia Gligor

When I decided to write my first novel, Mixed Messages, I had no intention of writing a series. The book was supposed to be a mystery/suspense standalone. But, as I was writing it, I realized there was more to the story and I needed to finish what I’d started. So, I wrote Unfinished Business and, by the time I’d finished that book,  I’d become so attached to my characters there was no way I was letting them go. I had to know what would happen to them as time went by and I wanted to watch them change and grow. The only way to do that was to write a series. I now think of my Malone mystery series as Family Drama mysteries because my books are about more than the mystery. They’re about the lives of the characters I’ve come to know and care about.

With each book, new situations and characters crop up that propel me forward and, in a series, there are always loose ends that need to be tied up. Sometimes, I deliberately plant something in a book which will lead to the next one but, other times, the subject for the next book is a surprise to me. For example, in Unfinished Business, the casual reference to a news story about a little girl who had gone missing led me to write Desperate Deeds where my main character’s young son, Davey, goes missing too. When I wrote about the news story, I had no idea that would happen.

So, how did Mistaken Identity, my fourth Malone mystery, come about? Well, I decided that, with all the problems and stress I gave Ann in the first three books, she deserved to get away from Cincinnati for a while and to have a peaceful, relaxing vacation on Fripp Island in South Carolina. So, that’s what I gave her. Well, sort of. 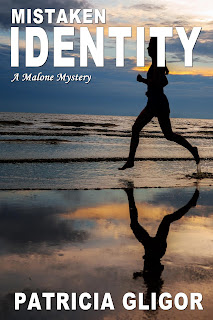 About the book: Ann feels like she’s in Paradise as she digs her toes into the soft, white sand and gazes out at the ocean. She’s looked forward to this trip to South Carolina for a long time and all she wants to do is bask in the sun, resting and relaxing.

She and her two young children are enjoying their time on Fripp Island with Ann’s sister, Marnie, and Marnie’s elderly friend and former neighbor, Clara Brunner, a long time resident with a vast knowledge of the island and the people who live there. At the fourth of July fireworks, Clara introduces them to newlyweds Jenny and Mark Hall and their families.

But Ann’s plans for a peaceful vacation are shattered the next morning. When she goes for a solitary walk on the beach, she discovers the body of a young woman with the chain of a gold locket twisted around her neck and she immediately recognizes the locket as the one Jenny Hall was wearing the night before.

Shocked and saddened, Ann is determined to try to find the killer and to see them brought to justice. She convinces Marnie and Clara to join her in conducting an investigation but, in the process, she places her own life in jeopardy.


Patricia Gligor is a Cincinnati native. She enjoys reading mystery/suspense novels, touring and photographing old houses and traveling. She has worked as an administrative assistant, the sole proprietor of a resume writing service and the manager of a sporting goods department but her passion has always been writing fiction. Ms. Gligor writes the Malone Mystery series. The first three books, Mixed Messages, Unfinished Business, and Desperate Deeds take place in Cincinnati but in Mistaken Identity, the fourth book, her characters are vacationing on Fripp Island in South Carolina.