Patricia Wynn is the award-winning author of 15 published novels, including the Blue Satan mystery series. She has a degree in history from Rice University. Before becoming an author, she tried international commercial banking and pre-veterinarian studies. She worked as a nursemaid in the French Alps and went to school in Guadalajara, Mexico. She loves reading, animals, and travel. An unabashed anglophile, she takes advantage of her novels’ settings to travel to England at every opportunity.

It is crucial, when writing a mystery series, to plant hints that will be useful to you later in the series. I do not mean clues. Clues are a requirement. I mean hints that will allow you to travel to a place you want to go. In The Birth of Blue Satan, my first book in the Blue Satan mystery series, I mentioned that one of my detectives, Hester Kean, came from the North of England. I kept the location vague because I wasn’t sure where I would set the novel that would be the excuse for a trip.
The series begins in 1715, the year of a rebellion against George I — the aim to restore James Stuart to the throne. Since James refused to renounce his Roman Catholic faith, George’s government enacted penalties against Catholics, always suspected of being Stuart sympathizers. While researching, I came across a trick Catholics used to get around the laws against them and knew it would make a motive for murder. This plot would need a country setting, so for ACTS OF FAITH I sent Blue Satan and Mrs. Kean north. 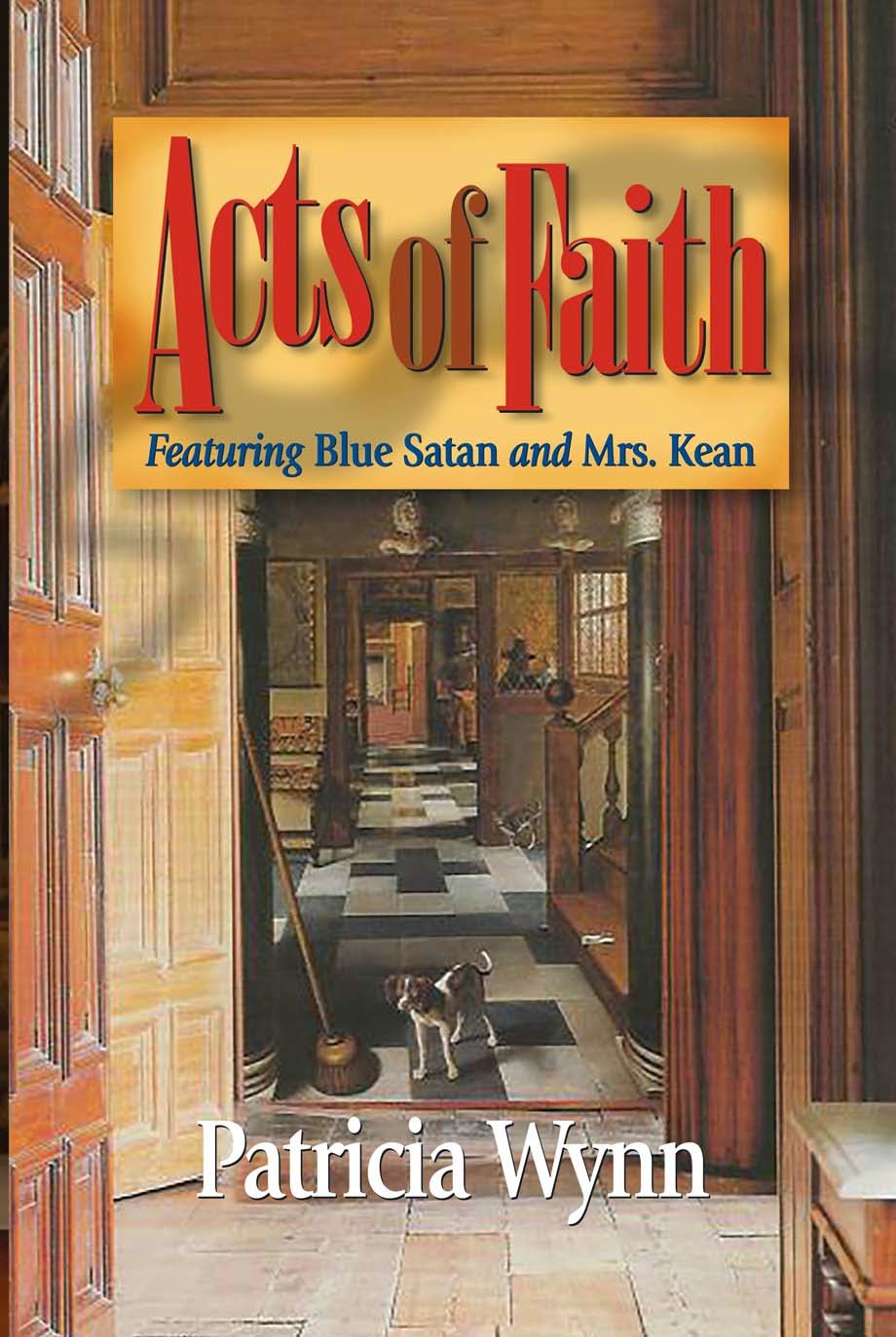 Blue Satan is the alias for Gideon Fitzsimmons, Viscount St. Mars. Accused of a murder he did not commit, he had no choice but to become an outlaw. Hester is waiting woman to the Countess of Hawkhurst and Gideon’s link to the patrimony that should have been his. She is his partner in detection and, increasingly, his delight. By the fifth novel, he is ready to follow her anywhere.
Yorkshire was the site of major Catholic vs. Protestant conflicts in England. So I sent Hester into Yorkshire to prepare her cousin Mary for life at Court. In the stagecoach, she meets a young gentleman returning home after receiving an illegal Catholic education in France. When his father is murdered, Hester suspects that his religion may have been the cause. Gideon has tracked Hester north, and together they delve into the secrets that made this Catholic family vulnerable to a killer.
Naturally, I had to go to Yorkshire to choose the location for my characters’ estates and visit lots of stately homes all over England to see how the nobility lived in 1716.
One of these, Dyrham Park, became the model for Yearsley Park in ACTS OF FAITH. It was built at the start of the 18th century by a wealthy man with dynastic ambitions, much like my character Sir Ralph. Another, Chastleton House, a Jacobean manor, became the Catholic family’s Oulston Hall. It has the air of being frozen in time because the owners were royalists and loyal to the Stuarts. Diminishing wealth was the consequence of being on the wrong side of history.
Here are some of the places I saw: 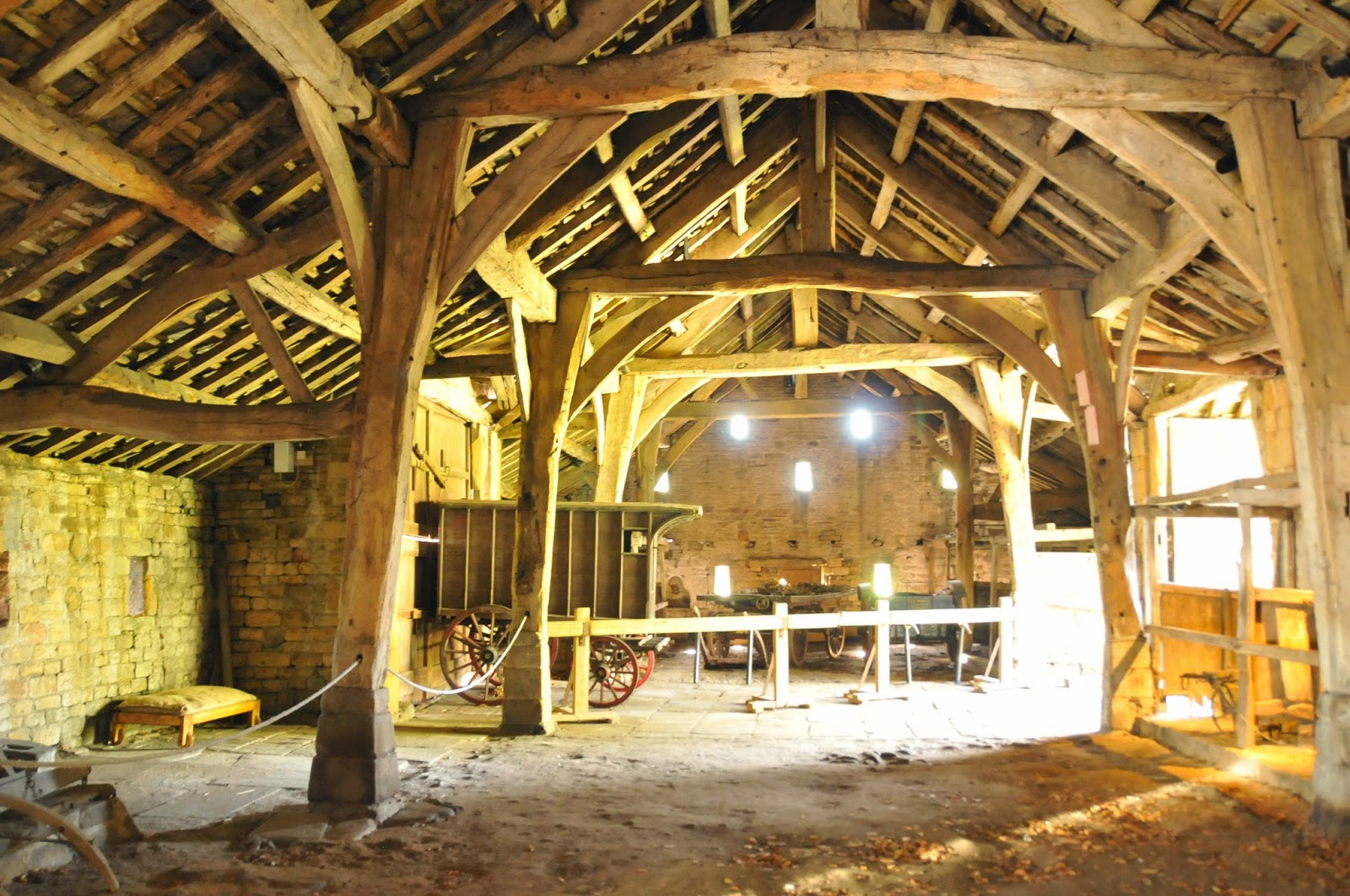 The Great Barn at East Riddlesden


I have no writing excuse, but I’m going back to Yorkshire this Fall, just because I love it.