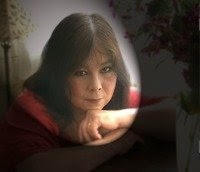 Last time, I was talking to Sara Bain about her first novel, The Sleeping Warrior.  Here's the rest of our chat

OK, here’s your chance to tell people why they should read it. Sell it to me (even though I’ve already read it).
The Sleeping Warrior is basically a crime thriller, police procedural and romance with an element of fantasy thrown into the mix. I wanted to write a contemporary novel that I could believe in, which also included that little ingredient of escapism. I suppose, if I was forced to categorise it, the book would fit loosely into the urban fantasy subgenre but it’s also much more than that.
The heroine of the story is Libby Butler, a self-centred ambitious young lawyer who has been emotionally traumatised by a close encounter with a serial killer. When she’s called to a south police station in the middle of the night, she meets a man in the custody suite called Gabriel who is in need of help. But helping Gabriel proves perilous to Libby and everyone she knows. As the death count rises and fear is the only emotion left to feel, something inside Libby turns and her true self emerges.

I didn’t know about the allegory when I read it and it certainly helps to explain the richness of the character’s involvement. It makes me wonder how you want people to feel after they’ve read it.
I’d like a reaction like ‘Wow! That’s clever’ or ‘I love what she has to say’. I hope that anyone reading it will also appreciate the multiple layers of theme and nuance that are built into the foundations of the story.

Well, for what it’s worth, you had me hooked. As I said, I found it very rich and very compelling. Now let’s move to Ivy Moon Press. What decided you to set it up?
I started my career in publishing, albeit in professional text books for a legal publishing company. As an editor, I learned editorial skills and the entire process from commissioning to marketing. I’m also a graphic designer and very computer literate, so setting up my own publishing company just seemed like the natural progression to what I’ve already been trained to do. Having been a journalist for over 13 years, I know how to approach the press, which is a very handy skill when it comes to promotion.

And how do you see it developing? Will you have a stable of authors? Will its approach to publishing be different? Are you afraid that running it might eat even further into time that you’d prefer to spend writing?
Having been in the business for only a couple of months, I now understand why authors are so desperate to find a publisher! The publishing business is not always as straightforward as it would appear and before a book even hits the market there are many different fundamentals to consider that most authors aren’t aware of. 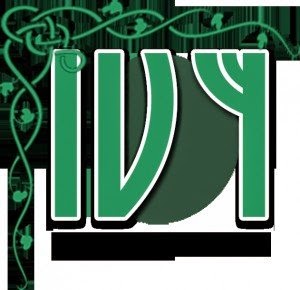 The learning curve has been more like a 1:1 gradient and I’ve found myself in the ring with the various internet publishing platforms: all of which say they’re human-friendly but none of which fulfil their promises of ease of use. I’m getting there slowly, though, and I’m now armed not only with knowledge but also with the benefit of hindsight.

I intend to publish the first episode of my ‘big’ fantasy by December and take it from there. I hope that my experience will attract other quality fiction writers whose works don’t fit into the comfortable niches devised by publishers solely for ease of promotion. My only stipulation is ‘quality’ and ‘fantasy.’ Anything more, I would consider a bonus.

Until Ivy Moon is fully fledged, I have no idea where this journey will take me but it’s my intention to offer support for all authors, irrespective of whether they fit the Ivy Moon list or not. I’m developing a part of the website which will provide a free showcase for authors – be they self or traditionally published. Obviously, this will have to start as perhaps a few sentences, a thumbnail cover image and a link to either the author’s website or the book’s retailer. I also want to feature resources for authors who are looking to hone their craft. This may take the form of guest blogs and clinics or even a link to good advice sites. I have lots of ideas and, through time, hope to incorporate them into the Ivy Moon site.

I should say also that, alongside Ivy Moon, my colleague has set up Oak Moon Press which will showcase Scottish works of non-fiction. We already have a number of quality Scottish authors lined-up and hope the list will progress in the coming years.

That all sounds very ambitious, exciting and daunting but it’s a great vision. It also seems to fit with the way the business is changing. I hope it goes well. Let’s finish with some wider, more general questions about you as a writer. You strike me as a pretty gregarious person yet writing’s a solitary pursuit. Do you enjoy that solitude?
I have a big family and come from an even bigger family, so I’ve never done anything in solitude. You’ll often find me writing, researching, talking on the phone and cooking dinner all at the same time. Also, writing allows me to escape into another world for a while and mingle with the characters there, so I really don’t know what it is to be alone although I’m sure my poor husband does.

So you have to deal with family matters, earning a living and writing. How do you juggle them all?
Kids are all at university and my full-time job is this publishing business so writing has had to take a back seat for the moment. Once The Sleeping Warrior is published, however, I’ll settle back to continuing with my fantasy.

Which presumably means another book, so what will that be about?
It’s called Dark Dawn and it’s the first episode of a sweeping fantasy entitled The Scrolls of Deyesto. I’ve been writing it for about 16 years on and off but I’ve settled down to re-writing this first book.

There’s no doubt, Sara, that you think big. Do you want to be rich, famous, both or neither?
Everyone wants to be rich, apart from those who already are. I don’t feel comfortable being in the public eye, so I’d prefer to give fame a wide berth.

That’s it, Sara. Thanks very much for such generous and comprehensive answers and good luck both with the book and Ivy Moon.
Thank you, Bill. It’s been a challenge but a pleasure. A wee reminder for anyone who missed it last time, you can get the book here in the UK, here in the USA and here on Goodreads.