Rebuilding is a Chore 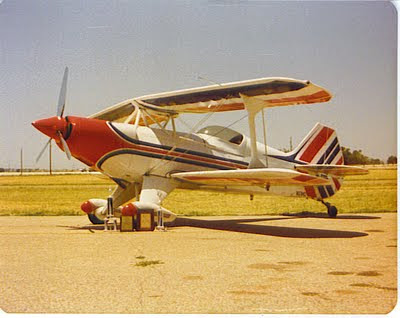 Many years ago, I built an airplane. Other than the expense, it was a relatively simple task. All it took was following the plans and putting in long hours. Okay; that’s simplifying it a bit, but it wasn’t insurmountable. At the time, I was living in Victorville, California, and every Friday afternoon, I would drive to my hangar in Pomona and work steady until Sunday night. I even slept in the hangar on a roll-away bed. Needless to say, I had no social life, but nothing got done unless I was there doing it. 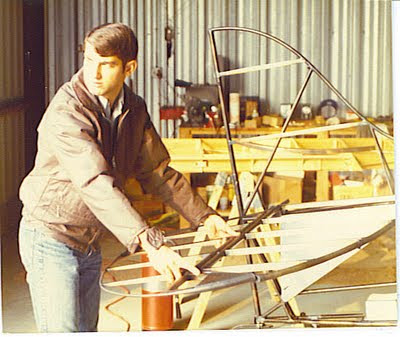 I completed my bi-plane in July, 1979, and flew it for many years performing air shows and giving passengers their first view of an upside-down world. When I first built this plane, its front cockpit was open with a passenger aboard and covered with a plate for solo flight. After I got married, I thought it would be more comfortable to have a canopy over both cockpits, so I spent a year modifying the plane, building new instrument panels for both cockpits, changing the design of the turtle deck behind the rear cockpit, installing new fuselage fabric, and repainting the airplane. Ironically, my former wife never flew in it after I modified it. I have since sold the airplane and changed wives. 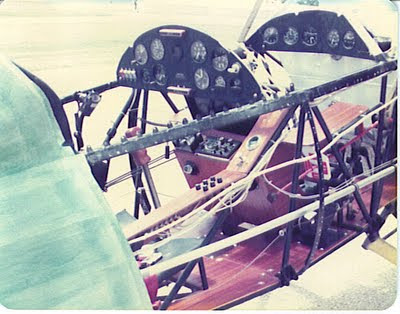 Right now I am in the process of rebuilding a manuscript. I many ways, the course is the same as building and then rebuilding the airplane. My first draft is always the most enjoyable because it’s new and fresh. Then comes the editing, and once I’m finished, my editors have their own take. Thus, the rebuilding phase is nowhere near as enjoyable as scripting it the first time. 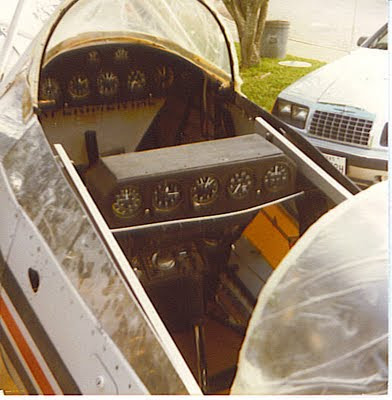 One time I got so frustrated building a wing that I stomped around my hangar, desperately searching for something to bash without damaging anything else. I had heard of people destroying their entire projects as a result of a Rube Goldberg chain of events, so I was being careful not to repeat their mistakes. In desperation, I picked up a rubber mallet and slammed it over a sawhorse hoping it would make me feel better. Instead, the head broke off, flipped backwards, and hit another part! Needless to say, my first problem remained unsolved and I created another one because I had lost my temper. Comparing this incident to writing, there are moments when I’ve wanted to delete or shred an entire manuscript, but like my airplane project, I knew that setting it aside and walking away was the better course of action. 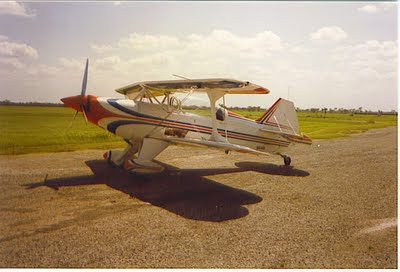 Nothing compares to the fulfillment of completing an airplane or manuscript. Both take flight when they are finished, and I’ll always have a sense of satisfaction when looking back. Perseverance is what sees my projects through. As they say, no pain, no gain. I only wish I was good enough to get things right the first time. 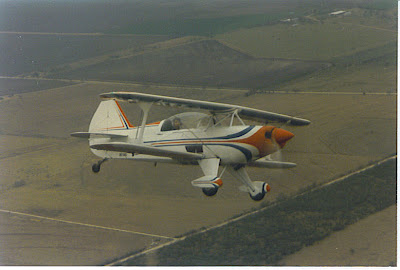 If you cut anything from your manuscript, open a new document and save it there. Call the doc "trash" or "snippets" or whatever. You never know when it will fit somewhere else or when you might want to re-insert it.

I agree, Helen. In fact, if I'm going to re-write an entire manuscript, I'll copy and paste it in a new document so I keep the original intact. And when I'm on the road and forget my back-up device, I sent it to my Gmail account for safe keeping. And if I'm really frustrated, I can copy and paste, just so I can delete it and smile:)

Good analogy, Mark, between building a plan and a manuscript. But after all that work, how could you sell your plane? :-)

Jean, once your spouse decides she doesn't want to fly in your plane, it becomes another object that turns dollars into exhaust. We needed to buy a home and the plane provided the down payment. I had the opportunity to buy it back a few years ago, but the tires were flat, the battery as dead as its owner, His kids doubled the price of what I'd sold it for so I decided to pass, but I still have my memories and photos.

What a shame! Such a nice looking plane (before you sold it). Maybe you'll build another?

What a shame! Such a nice looking plane (before you sold it). Maybe you'll build another?

Jean, right now I have a 1956 dual cockpit runabout being rebuilt in Kentucky. I rebuilt a 1957 many years ago, but now I don't have the time or space. I know I'll have another plane, and like the boat, will pay a specialist to do any re-working because of my limited time. When building something on the scale of a plane or a boat, you lose all aspects of your social life, and since I'm very much in love with my wife, it pays to have someone else do the work.

Good for you, Mark. I helped my husband build a 5-bedroom tri-level from the ground up when all five kids were at home. It took three years to complete and we nearly lost all our friends in the process. :-)

Mark, I never built a plane (or a house), but it sounds like your analogy is right on.

I always end up doing a number of overhauls on my completed manuscripts. I enjoy them for the most part, though. It's nice to watch the pile of parts become a finished, polished book.

Helen, I do the same thing when I cut parts. I save as a new draft when I do major revisions, but I also save the good bits in a separate file--sometimes "Snippets" and sometimes "scraps."

Don’t spend another minute fighting with your spouse in pointless
passive aggressive behavior. This solution will set your mind
at ease once and for all.

There’s a simple, paint by numbers formula for saving your marriage
and it can be working for you in less than an hour.

Take back your relationship AND your life!

Secret to Marriage Reconciliation – Take Back Your Life

Talk to you soon,