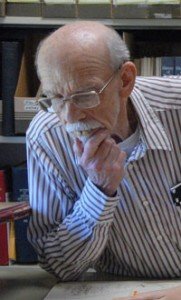 I've always been interested in history and few eras are more interesting than that of our American West. I'm also intrigued by mystery. So what could be better than combining the two?

As trappers, gold-hunters and settlers expanded into the West they ran head on into people they often regarded as less than human but who had cultures as diverse as their own. When conquered, these people were forced onto reservations where it was hoped they might be controlled.

Like most other reservations in the United States, San Carlos in Arizona was established by politicians ignorant of native cultures and relationships. The process forced both friends and enemies to live cheek by jowl in a harsh environment made worse by cheating agents and abusive soldiers while constantly being spied upon by tribal police and scouts who assisted the Army in hunting down renegades.

The conquered Yavapai and Tonto bands of the Apache people, formerly hunter/gatherers, turned to farming and were becoming near self-sufficient on their first reservation on the Verde River. This didn't sit well with contractors who profited from supplying the reservation. Orders came down for the Army to march these Indians 180 miles on foot to San Carlos in mid-winter, a move General George Crook called "cruel and greedy, the foulest blot in Indian history."

John Clum, who had been appointed agent in 1874 (after twice turning down the job), appears to have been a decent man who attempted to treat the people fairly and gave leaders more autonomy than they'd had under other administrators. He embarrassed and inspired the wrath of the Army when he and a small group of scouts brought in Geronimo and his band to San Carlos in 1877 without a single shot being fired
.
Despite Clum's best efforts, San Carlos was bleak, rations were short, there was animosity between the various bands and disease afflicted the people. No wonder then that many chose to break out, seek freedom in the mountains and over the border in Mexico.This is the background for Geronimo Must Die.

My protagonist is Mickey Free, based on an actual scout who served as a translator under Al Sieber in the Yavapai/Tonto campaign and then at San Carlos. His mother was Mexican, but his father has not been definitely identified. As a boy, Mickey was kidnapped by Pinal Apaches and an Army officer blamed it on the Chiricahua, igniting a decade-long war. Mickey was adopted by Nayundii, a White Mountain Apache, and he and his foster brother John Rope both joined Sieber's scouts.

As Mickey says in the book: "History's like an old mirror, distorted, smudged and fly-speckled. It don't always reflect things the way they are." This gave me the liberty to play with fact and fictionalize to suit my story.

There's a plot to kill tribal leaders in the hope Apaches can be convinced to leave the reservation in a great runaway. Sieber suspects Geronimo is behind it. But when Geronimo himself becomes a target of the sniper it falls upon Mickey to save him and discover who is behind the plot.

I love research and fortunately there are a ton of books, government reports and other sources for information on the period and the people involved. Incidentally, the San Carlos reservation stills exists. Despite formation of a Chamber of Commerce, a casino, a language preservation program and other efforts by the people, it is one of the poorest Native American communities in the
U.S.
Here's a blurb for Geronimo Must Die: 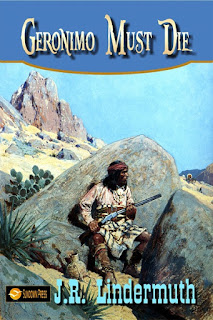 Yet, Mickey has already saved Geronimo's life twice (without acknowledgement) and is the only one who can keep the great Apache leader out of the sniper's sights now. The sniper has already murdered several tribal leaders and Mickey believes it's all a plot to prompt a great runaway from the hated San Carlos reservation.
Mickey's efforts are stymied by Al Sieber, head of scouts, and John Clum, reservation agent, as well as suspicion of other Indians. Adding to his problems, Mickey is in love with a girl whose name he keeps forgetting to ask and who may be allied to the plot.
Only perseverance, risk to his life and, eventually, Geronimo's help will enable Mickey to resolve this dangerous situation.

Geronimo Must Die will be published March 28 by Sundown Press.

A retired newspaper editor, J. R. Lindermuth lives and writes in a house built by a man who rode with Buffalo Bill--which may have helped inspire his interest in the West. His 15 published novels are a mix of mystery and historical fiction. Since retiring, he's served as librarian for his county historical society, assisting patrons with genealogy and research. He is a member of International Thriller Writers and a past vice president of the Short Mystery Fiction Society.

Thanks for posting this, Jean. J.R. is a great guy. He's reviewed some of my books. His story really sounds interesting. As you probably know, I'm a history buff myself.

It's good to hear from you, Chester. It was my pleasure to post John's guest blog.

If you want a story about an interesting very intelligent leader of the White Mountain Apache tribe research Chief Alchesay. I taught math at Alchesay HS and read everything I could get my hands on about him. The most outstanding thing was that he was a medal of honor recipient. Fascinating person.